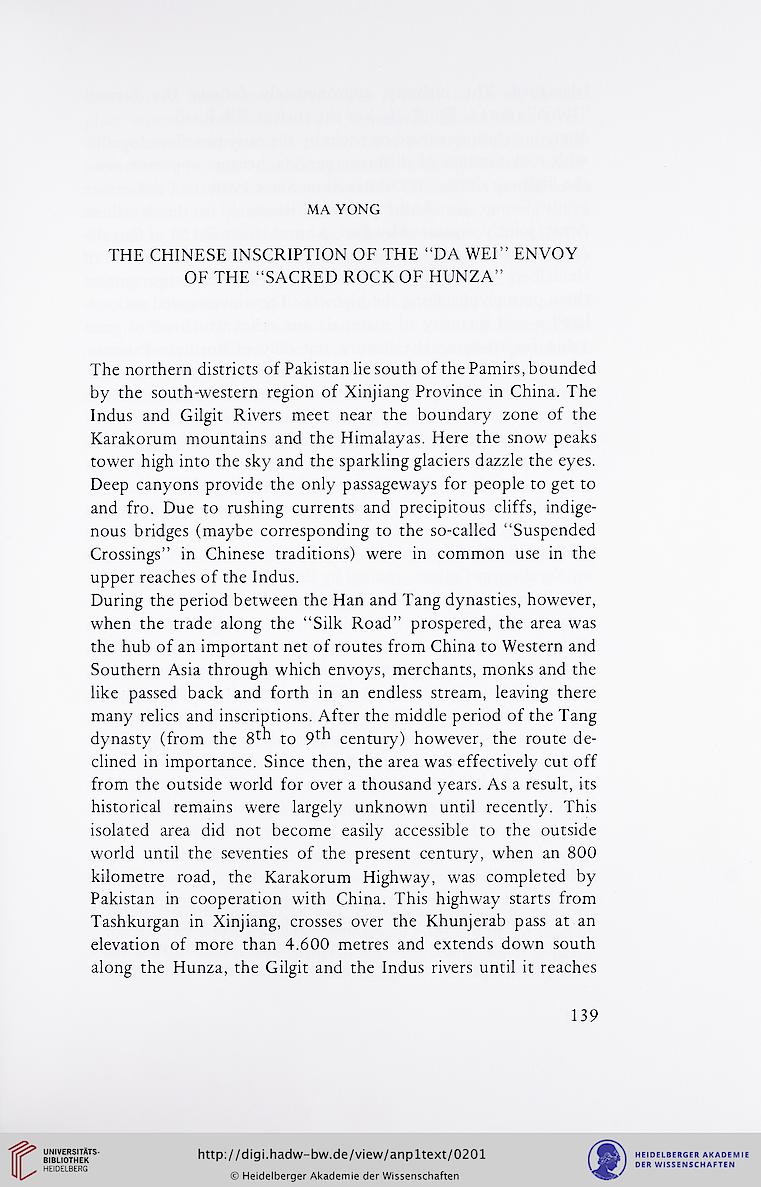 The northern districts of Pakistan lie south of the Pamirs, bounded
by the south-western region of Xinjiang Province in China. The
Indus and Gilgit Rivers meet near the boundary zone of the
Karakorum mountains and the Himalayas. Here the snow peaks
tower high into the sky and the sparkling glaciers dazzle the eyes.
Deep canyons provide the only passageways for people to get to
and fro. Due to rushing currents and precipitous cliffs, indige-
nous bridges (maybe corresponding to the so-called "Suspended
Crossings" in Chinese traditions) were in common use in the
upper reaches of the Indus.
During the period between the Han and Tang dynasties, however,
when the trade along the "Silk Road" prospered, the area was
the hub of an important net of routes from China to Western and
Southern Asia through which envoys, merchants, monks and the
like passed back and forth in an endless stream, leaving there
many relics and inscriptions. After the middle period of the Tang
dynasty (from the 8^h to 9^ century) however, the route de-
clined in importance. Since then, the area was effectively cut off
from the outside world for over a thousand years. As a result, its
historical remains were largely unknown until recently. This
isolated area did not become easily accessible to the outside
world until the seventies of the present century, when an 800
kilometre road, the Karakorum Highway, was completed by
Pakistan in cooperation with China. This highway starts from
Tashkurgan in Xinjiang, crosses over the Khunjerab pass at an
elevation of more than 4.600 metres and extends down south
along the Hunza, the Gilgit and the Indus rivers until it reaches